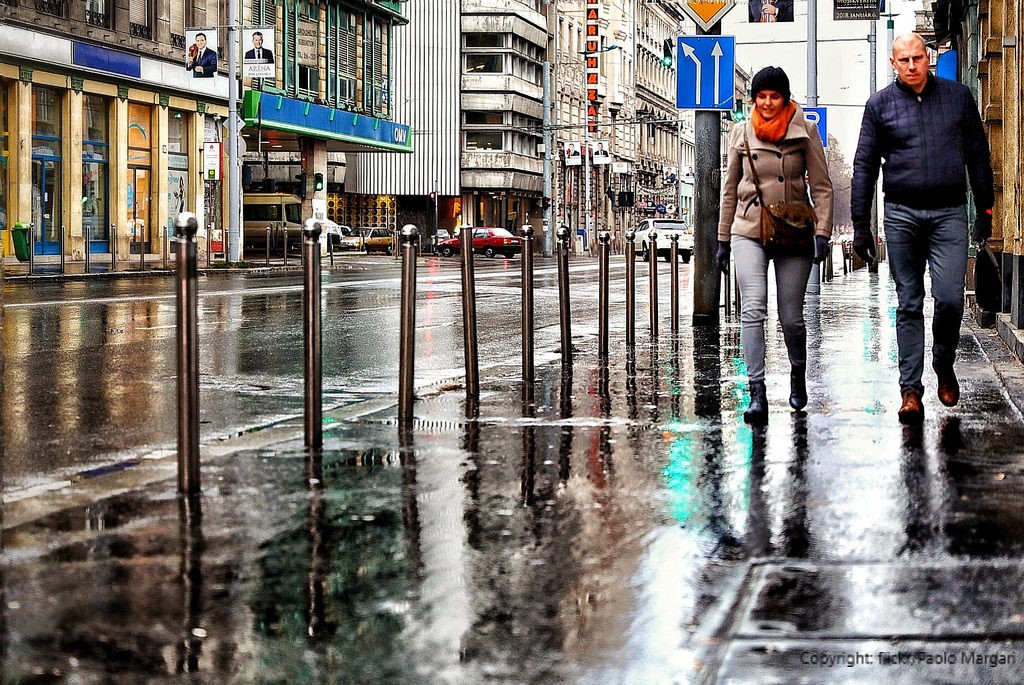 Over the past years, Hungarian politics have changed rather drastically, as the 2016 Democracy Index of the Economist Intelligence Unit demonstrates. However, Hungary is in good company: not one region showed an improvement on its average score. Although Western European democracies also experienced deterioration, Eastern Europe witnessed a particularly strong democratic backslide recently. The most remarkable blow was dealt to the democracies of Hungary and Poland, where illiberal, right-wing populist forces have come to dominate the political scene. These developments call into question the process of democratisation, particularly in the case of Central and Eastern Europe, where the transition to democracy does not seem to be an unequivocal process anymore. In Poland and Hungary, the increasing attacks on key democratic institutions, like an independent judiciary, fair and free elections, a strong civil society, and an independent media, coupled with an unprecedented level of xenophobia, further reinforce these concerns. The democratic backslide in these countries is heavily driven by the polarisation[1] of the socio-political environment, orchestrated mostly by right-wing political actors. Hungary’s case is distinctive in Europe since both the governing Fidesz party and its biggest opposition, the Jobbik party, are right-wing populist forces. This makes the work of democracy promoters especially challenging as they have to operate in an environment where their values are being systematically undermined by the major right-conservative political forces.

Although democracy is currently being challenged in many ways, it is still defended by many actors, actors who are in need of better responses to strengthen democratic resilience. This blog post aims to identify the most important challenges to be tackled by civil society actors when safeguarding the open democratic society and civic engagement in Hungary.

Hungary’s inward-looking society is a fertile ground for polarisation

Hungary’s autocratic past is still traceable in the society’s paternalist reflexes, subordinate mindset, lack of interpersonal and institutional trust, and the absence of civic activism. Hungarian society is considered as rational and secular, yet also closed and inward-looking.[2] Hungarians rate civil liberties as less important compared to national and economic security and their level of political engagement is traditionally very low. Diversity in general finds little support in Hungary and Hungarians have low levels of trust on the individual level.[3] As a consequence, social networks[4] tend to be weak within the Hungarian society, active community engagement is low as well as confidence in oneself to influence public matters.[5]

These characteristics make the Hungarian society an especially fertile ground for political polarisation by obstructing public debate, pluralism, and openness. One way to stop further alienation from one another would be to build trust in each other. Starting on the communal level would be one way to slowly activate engagement and a sense of community belonging.

A key characteristic of Hungarian society is the high level of polarisation between groups with different political identities. Trust in institutions and the assessment of how rules are being respected are dependent on the (personal) benefit gained from them, someone’s political affiliation, and the level of support for the government in power.[6] This is the consequence of an artificial war-like atmosphere between supporters of different political camps. Since the beginning of the 2000s, political actors deliberately created, maintained, and deepened ideological divisions within society to control and mobilise their own voter base by depicting the other camp as the enemy. In this “cold civil war”, politics functions as religion, and evolves around symbols rather than substance. As a result, followers of political forces are blindly following and believing their leaders, which further undermines interpersonal trust and the ability to cooperate with fellow citizens.

By creating innovative and appealing ways of participation and supporting citizens in finding ways to make their interests heard and better represented, polarisation might start to decrease.

Fidesz is dividing the political arena into “pro-national” and “anti-national” groups: anyone questioning a position taken by the government is automatically considered as “anti-national” and depicted as a “foreign agent”. The government instrumentalised the refugee crisis for a scaremongering, xenophobic, and scapegoating campaign, exploiting fear, increasing the national/anti-national division, and amplifying nationalistic feelings in order to secure its political position. This has led to the growth of a more ethnicity-based, fear driven, nationalist narrative of “us vs. them” where promoters of an open society and democracy are considered as “them”.

Mass migration has further polarised societies all over Europe and the Hungarian government deliberately induced this process. The harm caused by the scaremongering campaign calls for the creation of communities which are based on actual personal connections instead of fear. A starting point could be the creation of a healthy national identity which is based on what connects Hungarians, instead of what divides them.

Civil society in Hungary evolved rapidly and developed promisingly after the fall of Communism. However, it has become dependent on the state and disconnected from society. Moreover, in post-communist Hungary, the development of NGOs and civic movements has been characterised by asymmetric trends. Civil society actors promoting left-liberal values were better endowed due to inherited strengths, yet their dominance was soon overshadowed by right-wing and far-right civic actors.[7] Civil society actors promoting an open democratic society became professionalised with strong advocacy skills and wide recognition among policy makers. Their primary focus was to achieve their goals through monitoring social, legal, and political developments. It depended on the profile of the NGO whether its work also included building a strong social constituency, i.e. it was not an overarching feature of these NGOs. Their counterparts, on the other hand, the far-right and right-wing civic actors promoting an exclusivist national identity and a closed society, managed to take deeper roots in society, creating strong communities by providing their supporters with a sense of belonging through focusing on the national identity.

The most recent experiences of civil society organisations (CSOs) promoting human rights and democracy show that opening up towards the local population indeed has a positive effect on how their work and the values they represent are perceived in society. Despite all the political attacks, many CSOs have not retreated but have looked for counterstrategies and rethought the way they work instead: they expanded their activities beyond professional functions to include a more active role in building a social constituency and local communities. This is something one might consider as an unwanted positive effect of the governmental campaign against CSOs.

Enhancing democratic resilience requires democrats who are willing to speak out in support of their liberties. Reclaiming the space for citizenship participation on local levels is essential in this process and community organising is potentially an effective tool for it. This way, progressive civic activism could prosper and local communities could become more powerful.

I demonstrated that Hungarian society is characterised by lack of trust, alienation, political polarisation, and fear. Instead of helping society overcome these features, political forces have traditionally tended to focus on their own benefits. However, lately, the exploitation of these characteristics has become the core element of the current government’s strategy, embodied by its hate and fearmongering campaign. In this socio-political environment, sticking to the vision of an open democratic society requires new approaches, active voices, and stronger engagement than ever.

Recognising the new challenges, many CSOs are aiming to strengthen their commitments towards their mission, making their work more accessible and visible in local communities, and fostering democratic civic identity through active engagement. These civil society actors are gate-crashers of illiberal populists. Instead of retreating, they continue to safeguard the open, democratic society.

Veszna Wessenauer is an analyst at Political Capital, a policy research and consulting institute in Budapest.

[1] By political polarisation we mean the division of society into sharply opposing groups based on ideological views, values, identity or beliefs. High level of polarisation means that members of the same group agree only with each other and completely ignore or discredit the views of those belonging to the opposing group. 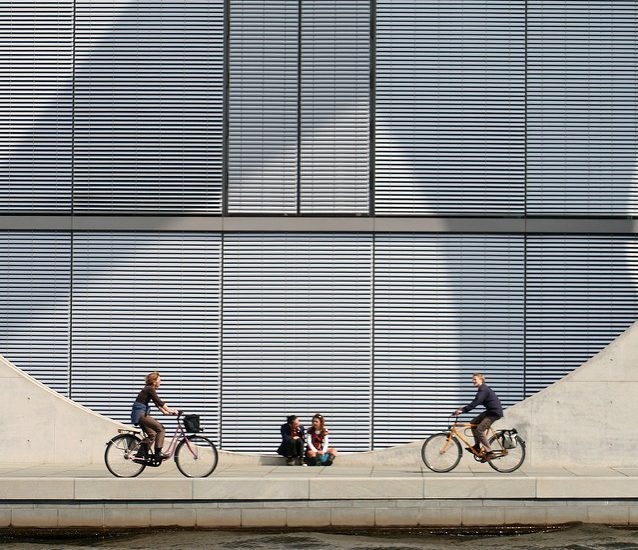 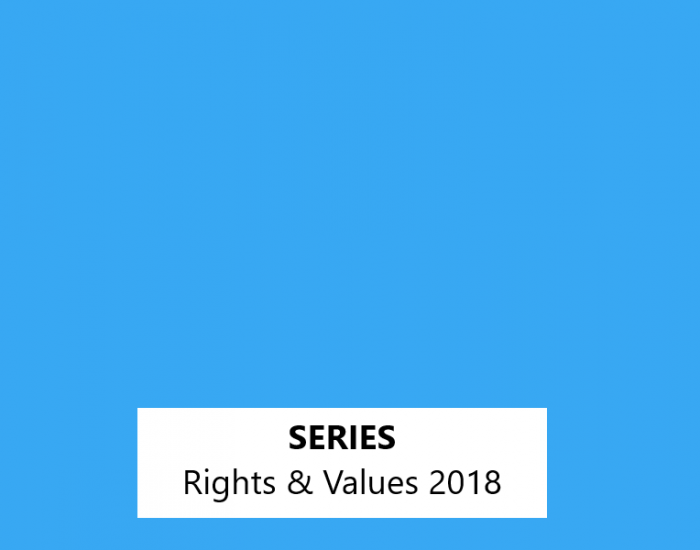