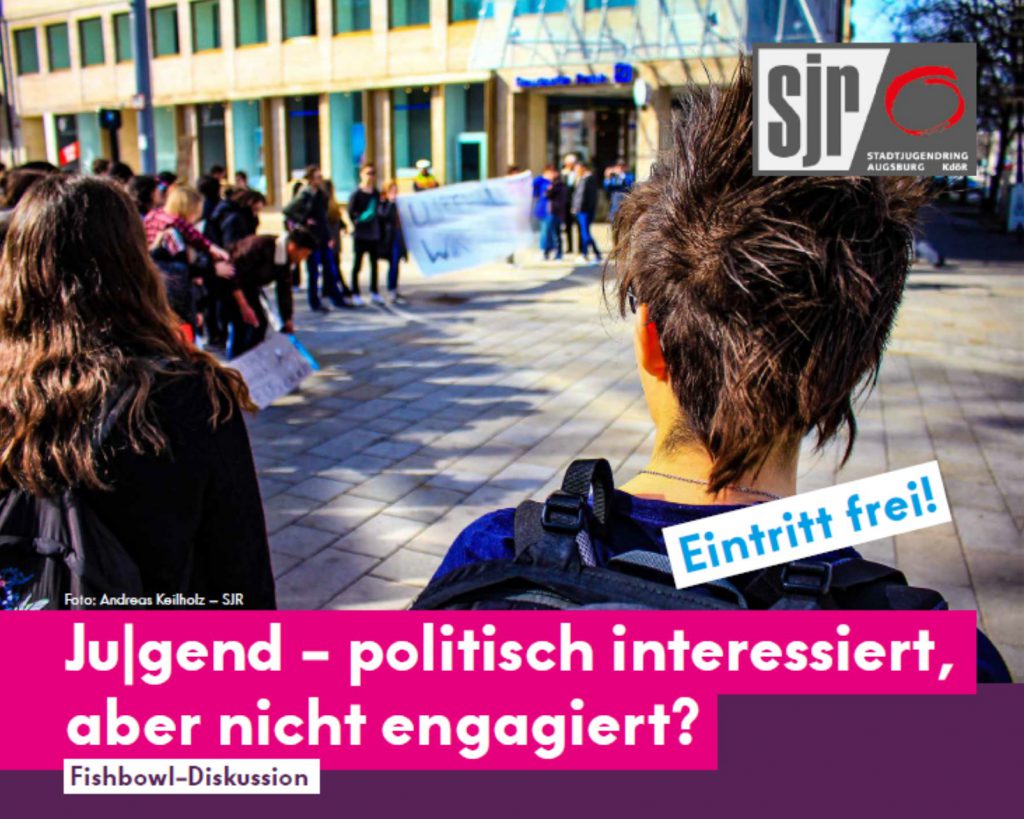 This week our partner Christine Huebner got to discuss questions on young people’s political engagement and the results of our research on youth voting with around 100 interested young people in Augsburg, Germany:

In a relaxed pub atmosphere, Christine and panellists Vincent-Immanuel Herr and Martin Speer were joined by numerous young people aged 13 to 30 years, who took a seat on stage to share their opinions and experiences with politics and political organisations. Local politicians also joined the fishbowl-style discussion. Hosted by the local youth council, Stadtjugendring Augsburg, and the Bavarian branch of the Friedrich-Ebert-Foundation the event marked the kick-off to dedicated youth work ahead of the upcoming municipal elections.

The very lively discussion centred on questions around new forms of political engagement and their impact, the way politicians and political parties react to changing participation patterns of today’s young people and how political participation can be approached in schools. The most hotly debated issue of the night was that of the lowering of the voting age to include 16- and 17-year olds in the franchise. Some discussants even argued in favour of granting the right to vote to all children and young people, regardless of age. In a final vote, members of the audience were asked to signal their levels of agreement with proposals on the lowering of the voting by holding up green and red cards. After two hours of heated discussion, the audience vote returned a mixed picture on the question of the age of enfranchisement.

The local organisers said they had not seen the venue this crowded when the topic of an event included the word ‘politics’. 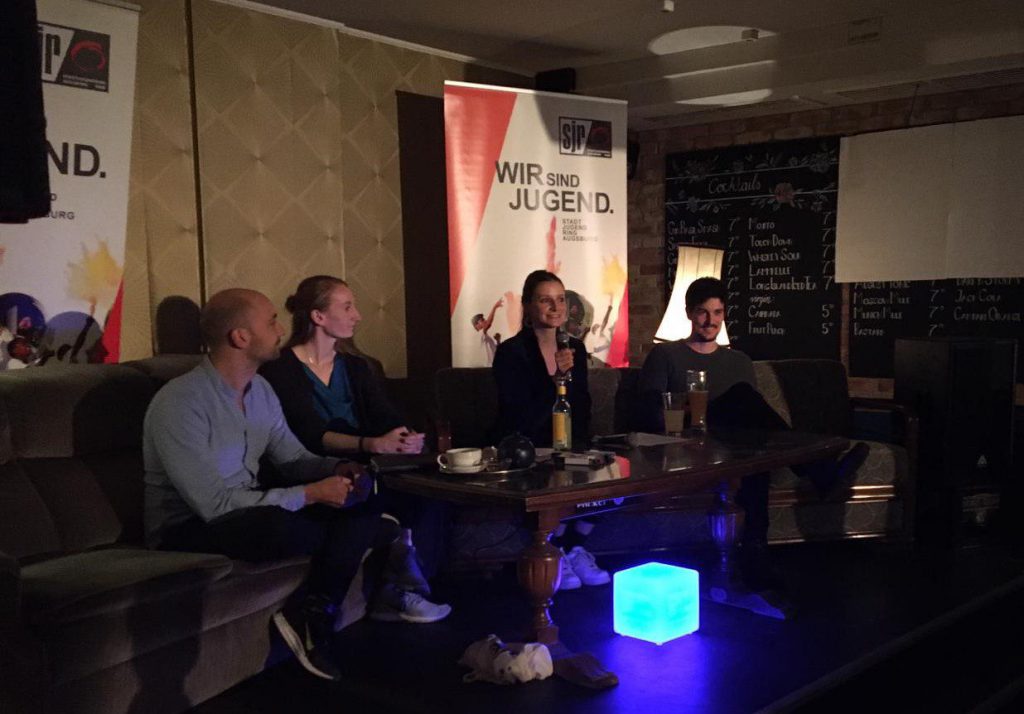 The panellists and moderator Katharina Schmidt/FES on stage