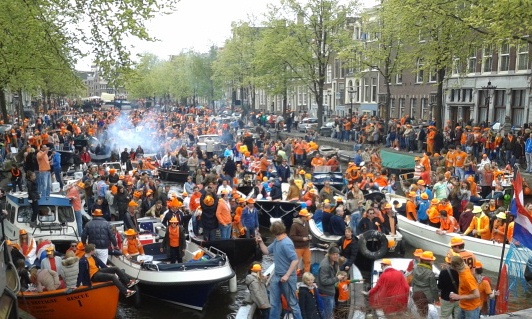 What the Dutch say about the monarchy, participation and their new head of state, King Willem-Alexander

Crowds outside entirely dressed in orange, flags over flags, and only orange tomatoes in the supermarkets – it is hard not to notice that we have a new king in the Netherlands! The official abdication of Queen Beatrix and the inauguration of her son Willem-Alexander turned this year’s Queen’s Day celebrations into a very special show. Already earlier on this blog I have been sharing my observations of living in a monarchy while having grown up in a Republic. Willem-Alexander’s investiture was thus a unique opportunity for me (and for many Dutchmen of my age) to investigate the impact and acceptance of the Dutch Royals.

The liberal, freedom-loving Dutch have always amazed me with their enthusiasm and broad support for the royal family and (parliamentary) monarchy as form of government. According to recent polls the latter remains overwhelmingly high at 85 percent; only 15 percent of the Dutch favour having a republic over a monarchy. Even more impressive: the support has been at the same high level since the 1960s (with few brief exceptions). While many of the political parties in the country want to limit the influence of the Royals to a merely ceremonial role, 48 percent of the Dutch are very satisfied with the power distribution between the king and the parliament. And there could be more: 18 percent want the royal family to have more influence on politicians. Accordingly, only a few hundred supporters showed up at the counter-event to the Queen’s Day-and-throne-swop celebrations organized by the Republicans – and some of them were even still wearing orange! Indeed, the Republicans are not presenting real killer-arguments against the Oranjes: the monarchy being outdated, an unelected head of state being undemocratic, and the costs of supporting a royal family being too high are not exactly very original motions. Nevertheless, to me the Dutch enthusiasm for their royal family and support for the monarchy does not fit very well with the otherwise so liberal image I have of my host country. How come?

To find out, I – dressed in Orange of course – have mingled with the merry crowd on Queen’s Day to ask people. Jan told me that he just finds it a good idea that the king can influence politicians. “In our system, there is someone with no political position, who can put an end to a power vacuum at any time. This is one of the biggest advantages of the monarchy, I think. It’s a good thing that our head of state is not elected. Since the parliament is the only institution at the national level directly elected by the people, it is always clear who has the last word. A stalemate situation such as for Obama in the U.S. cannot occur here.”

Claudia adds that the Oranjes add a factor of stability to an otherwise politically difficult country: “Beatrix was the queen for 33 years. She is an institution while the prime ministers around her have been a changing. That gives me as a citizen actually rather a good feeling, that in all that mess of power games and political agendas there is someone who still represents the concerns of us common Dutchmen.” And apparently also the quest for alternatives is not helping, at least according to Sjaak, who is being very pragmatic: “You have to ask what the alternative to the monarchy is for us. Should we have a president?  Firstly, that is not going to be much cheaper than having a royal family. And secondly, a president will– in principle – have the exact same function. I do not want to have a system where every idiot in the Senate can block a bill only for his or her own political or economic agenda.”

However, there are also critical voices among the orange masses: “Inheritance of a royal title does not exactly lead to the best candidates. If the voter had the power, I could at least decide for myself who is capable of leading the country.” says Bas. Louis interrupts him: “Yes, it is perhaps not entirely democratic to make someone head of state purely on the basis of birth, but do you really think that presidents are much better? Look at all the presidential scandals in other countries! The system works well for us and the Netherlands is always fairly well steered compared to other countries.”

Only the much-loved and much-asked-for transparency of our modern democracies seems to provide a real argument against the Oranjes. Wim tells me what citizens get to hear from inside the Paleis Noordeinde in The Hague: “Nothing! What displeases me most is that the royal family is secretive, their actions are too opaque. Most things are played out behind closed doors. Take the regular meetings between the monarch and the prime minister as an example: There could be a lot of political pressure from the royals actually without us citizens ever noticing it. Even contact with the deputies, who are around at the palace, is subject to secrecy.” This, too, is a problem for Bas: “The monarchy leads to a kind of backroom politics. We as the voters are not supposed to know what influence the royals really exert, so we just cannot judge.”

So the question here is not so much why the Dutch are so enthusiastic about the monarchy, but rather what the alternatives are and whether they come with more participation, more mutual trust, and more acceptable policy. Dennis says, “Take a look at the question from the other angle for once: What is the alternative to the monarchy as we have it today? And would we really be better off with it?” For many Dutch the Oranjes seem like a good cast for the role of mediator between politics and people: they have a diplomatic style and few scandals. If they remain low-key in their influence on politicians, keep close to lives of the common people, and work on their openness and transparency, there seems to be no reason not to like them.

With the new King Willem-Alexander many Dutch people expect just that: a representative of the young generation, who is close to the people, simply one of them. So at least in the Netherlands, trust in the political institutions, acceptable policy, and the state of democracy in general seem to be independent of the form of government. According to a 2008 study more than half of the Dutch are (very) satisfied with the democratic system in the country. Point being taken! The only question remaining then is how my fellow countrymen, the Germans (or other Europeans for that matter) would feel about having a king. Tiny hint: about 4 million Germans were watching inauguration of the new Dutch king on TV!

Christine Huebner is a partner at d|part. 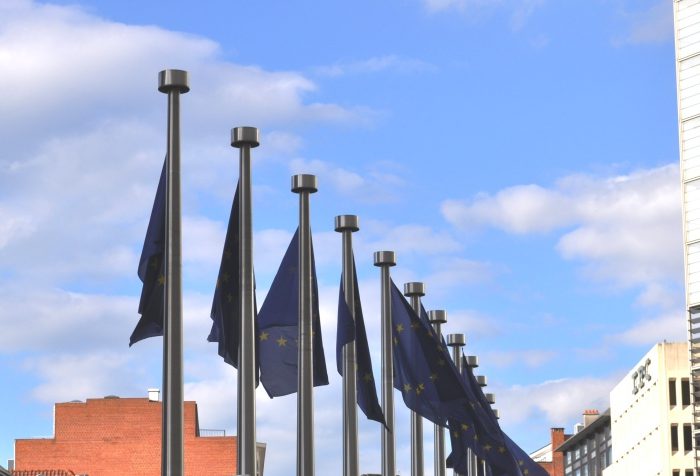 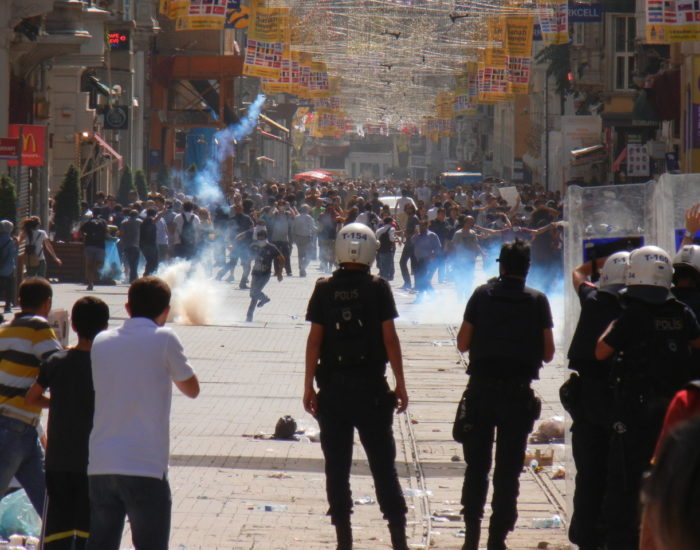 It takes courage to build democracy 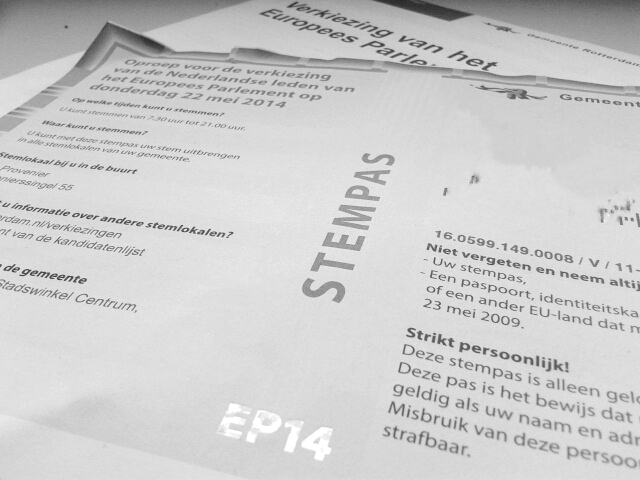