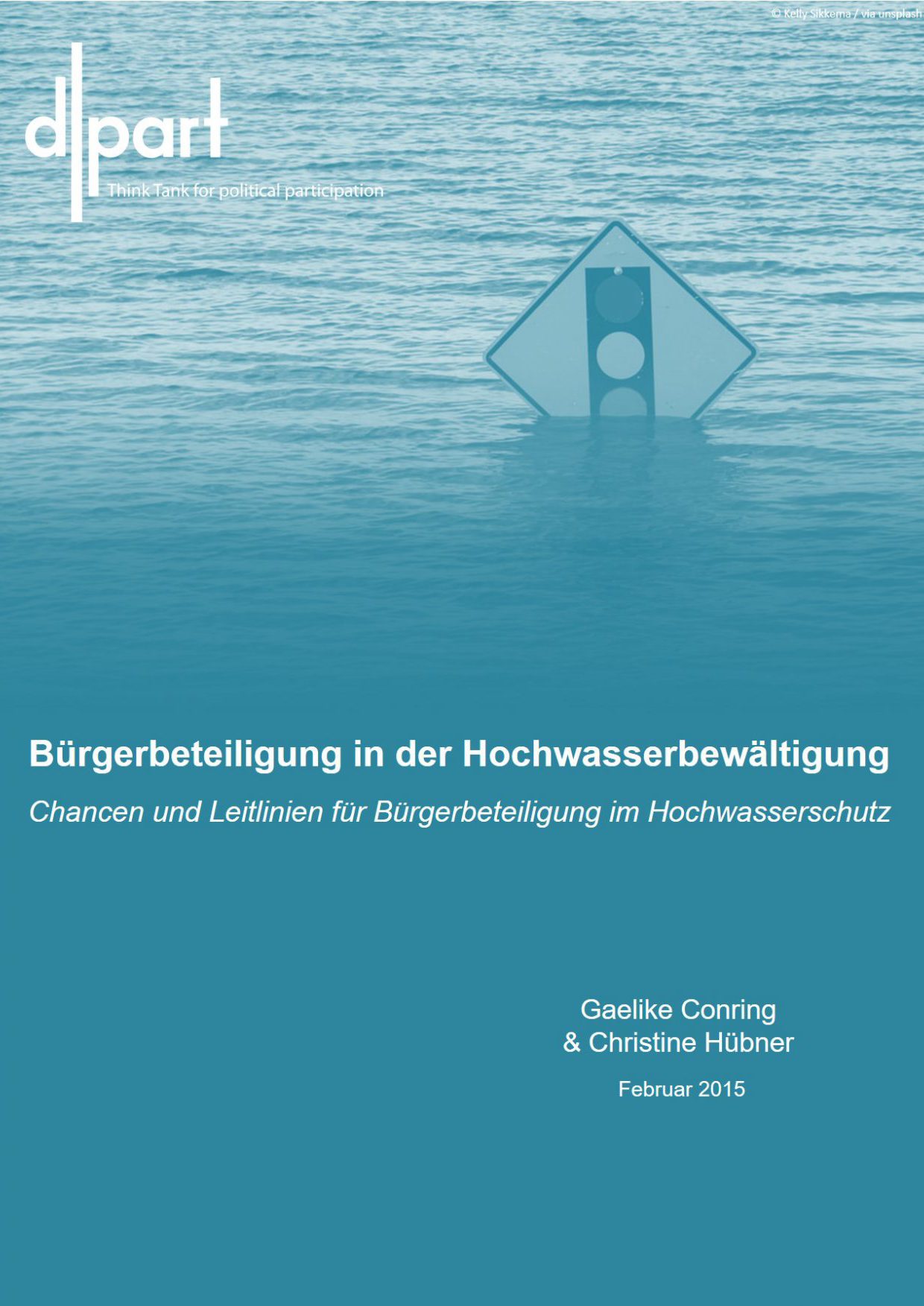 A year and a half after the extreme floods of the river Elbe the effects of the natural disaster still weigh heavily on the affected regions. In the summer of 2013 the water levels rose to what experts deemed of the likelihood of one in a century – and it was already the third flood of this kind in the past decade.

The flood impacted people in the affected regions both in the immediate and acute case of  and in the long run. After immediate disaster relief, policy makers, administrators, civil society organisations and the citizens of the affected regions are all left with the same question: How to deal with these kinds of floods and its consequences in the future?

To provide answers to this question we conducted interviews and group discussions with a large number of experts from politics, administration, and civil society organisations on the local, regional and federal level. All interviews were conducted between April and October 2014.  This report presents the study’s findings and its resulting policy recommendations on how to organise effective and successful civic participation in cases of disaster relief and prevention.