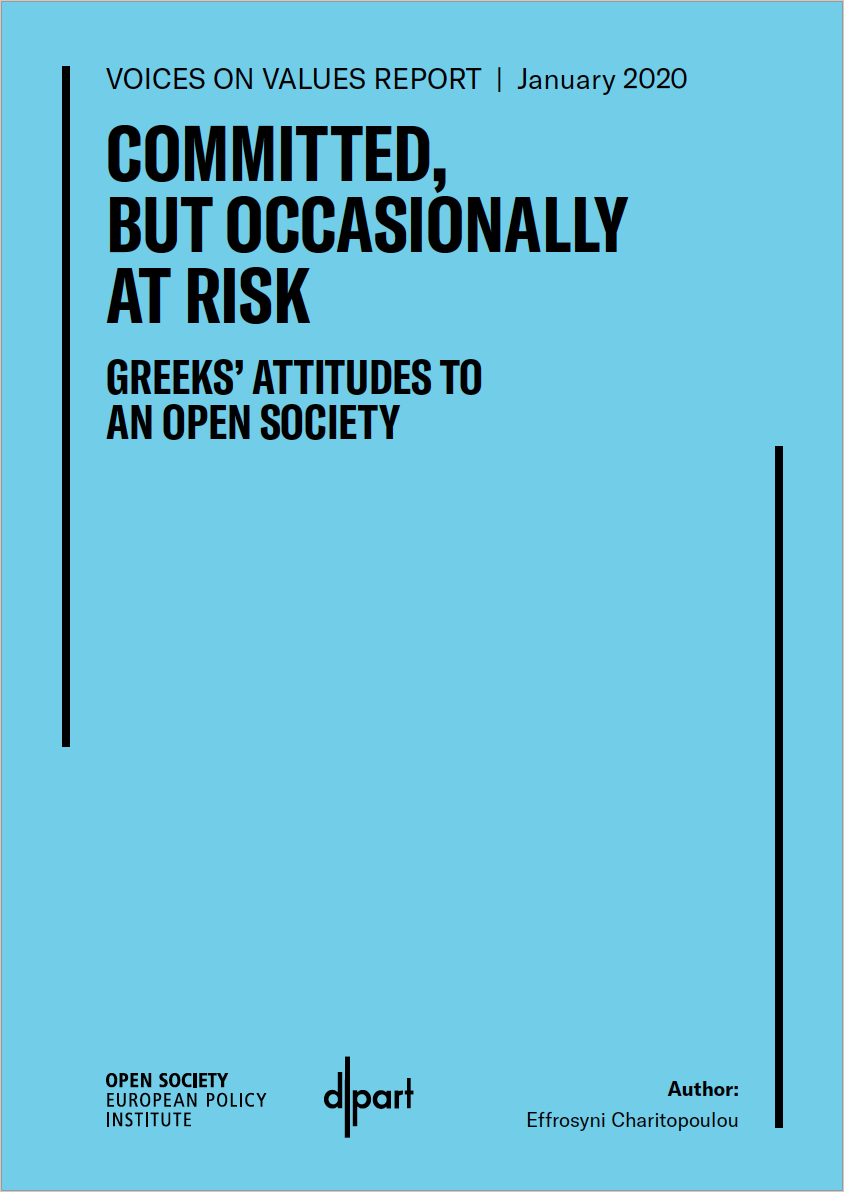 Using original data from the Voices on Values  survey, this report sheds light on Greeks’ attitudes to an open society. After a decade of economic hardship and related political uncertainties, Greeks rate open society values highly, particularly those associated with political rights and freedoms, but also those linked with minority rights and cultural heterogeneity.

In fact, many Greeks demonstrate a deeply entrenched commitment to open society values relating to political rights and freedom and prioritise them over other economic, political, and social concerns. Nevertheless, some of them are willing to trade off those open society values for alternative concerns, such as economic and political stability. Overcoming economic problems will therefore be important if open society values are to be further strengthened in Greece.

Some Greeks reveal that their support for minority rights falters if it poses a challenge to their own cultural characteristics and way of life. This ambivalence in the cultural domain is also reflected indirectly in the characteristics Greeks consider essential for someone to be considered Greek. According to the majority, the most important of these is the adoption of Greek customs and way of life, while a substantial minority also considers ethnic- as well as civic-based characteristics essential for someone to be seen as Greek. Policymakers who want to strengthen open society values should clarify that the expression of minority culture does not stop the majority from pursuing their own way of life.