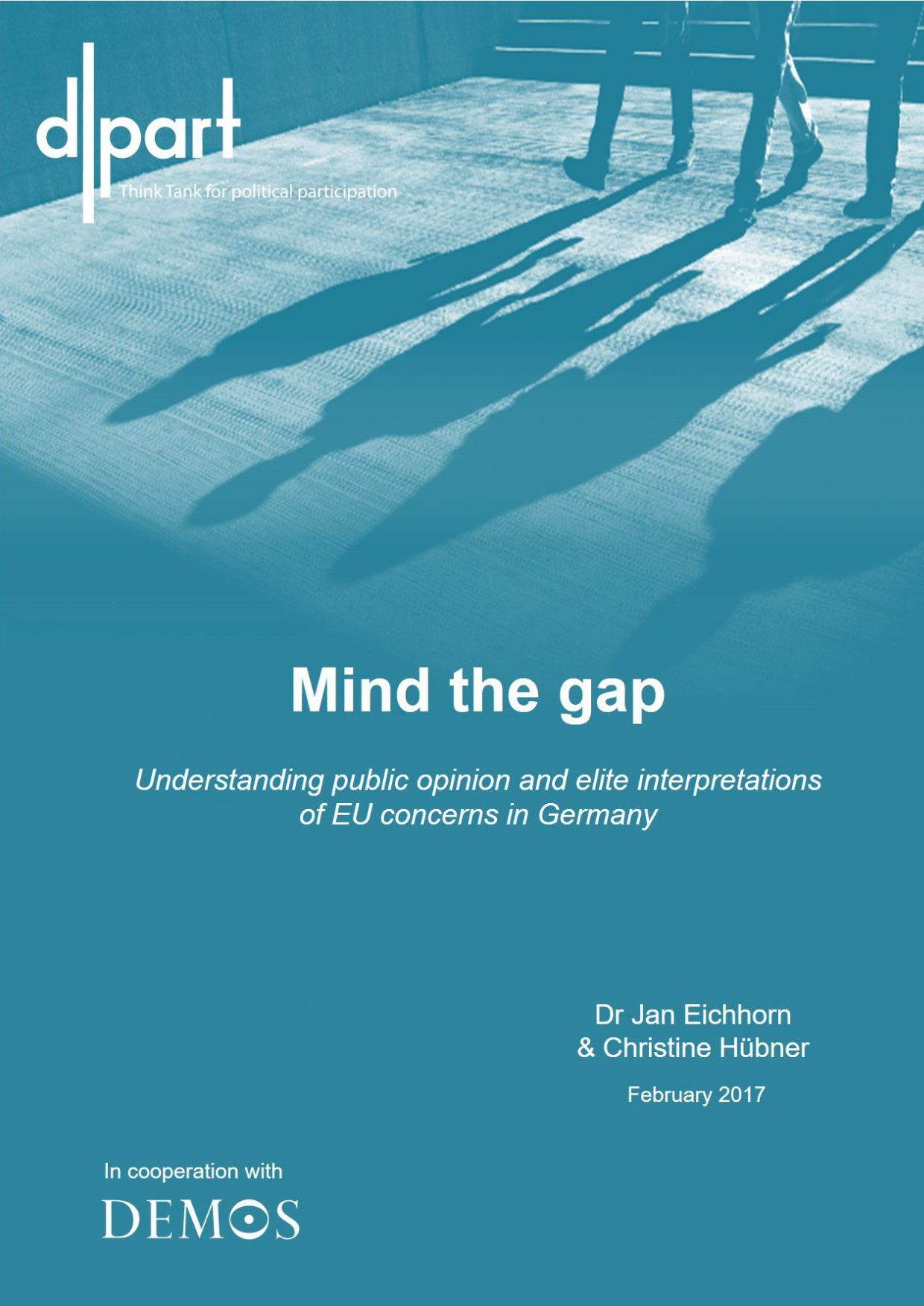 Germany has long been viewed as a country of Europhiles, but recently the country has been displaying signs of growing Euroscepticism. When asked to think about Europe, a sizeable minority of Germans expresses concern over a loss of social security or jobs, a loss of national identity and culture, or Germany’s financial contributions to the European Union.German political elites across the left-right spectrum have left these concerns largely unaddressed and continue to advocate for the European project. This raises questions about a potential gap between public and elite conceptions of EU fears.

This report compares survey data on German public opinion with insights from elite interviews with political leaders. It reveals that there is indeed a gap between public opinion and elite interpretations of the EU. Political decision makers across the left-right spectrum perceive fears in Germany to be largely generalised, non-concrete and unrelated to evaluations of the EU. However, this is the case for a minority of Germans only. The majority show a pattern of concrete, distinguishable concerns, suggesting that we cannot speak about EU fears in the aggregate. Citizens’ levels of concern are directly related to their evaluations of Germany’s future strategy in the EU: those who are more concerned overall are more likely to want Germany to leave the EU or work towards reducing the EU’s powers. While we find citizens’concerns to be dependent on both pragmatic economic evaluations and more emotive variables such as the degree of national and European identification, politicians focus on pragmatic economic evaluations. They underestimate the impact of emotional affiliations as expressed through identity on German public opinion.

Given German political elites’ limited understanding of the public’s concerns, it is not surprising to find that politicians have difficulties addressing these concerns. Although politicians recognise the importance of representation for citizens’ evaluations of the legitimacy of the EU, the measures they suggest remain largely one-dimensional,centred upon explaining the EU’s procedures and increasing identification with the EU. Politicians, it seems, struggle to think of measures that improve the EU’s problem-solving capacity.