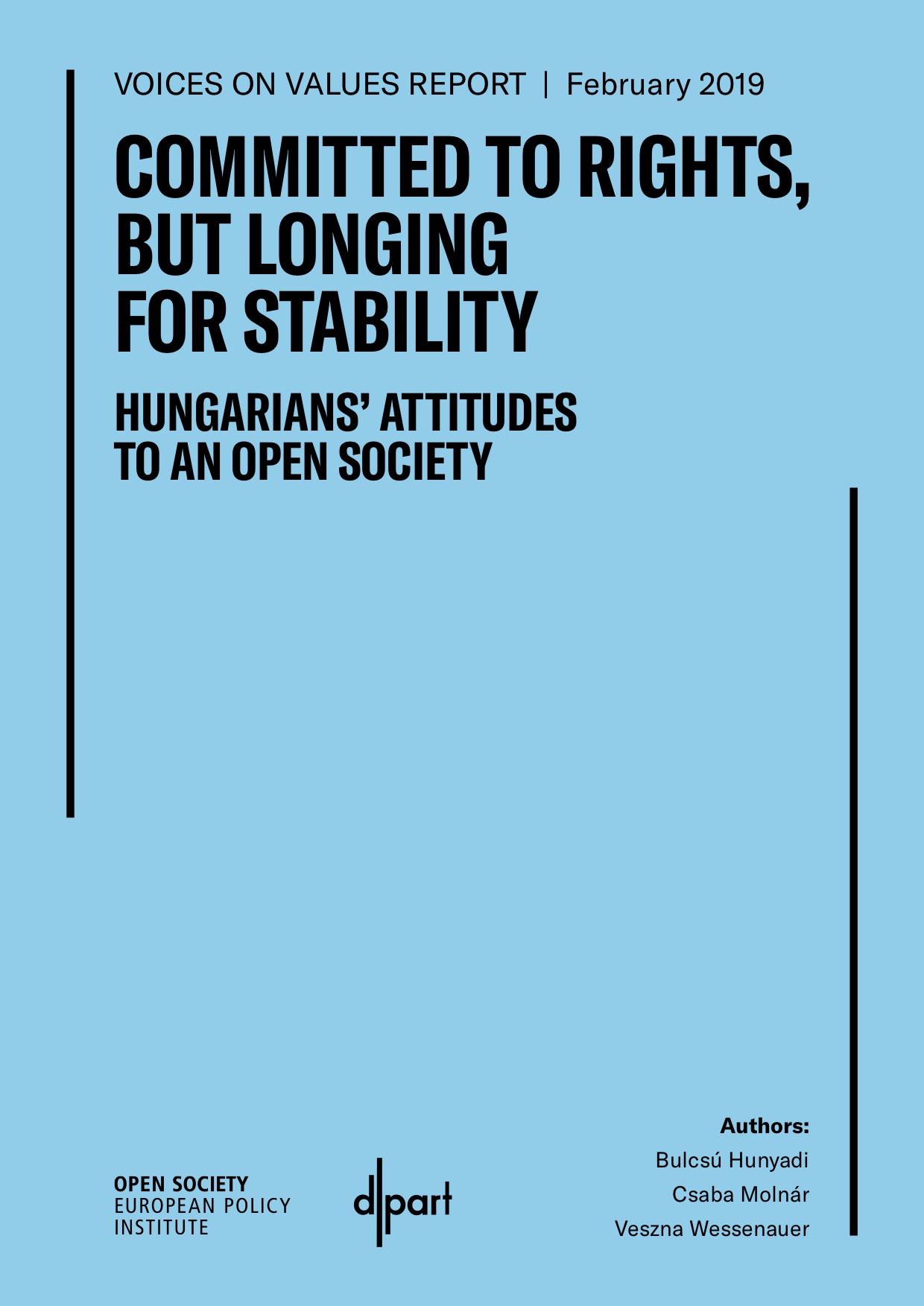 Democracy and pluralism have been under attack in Hungary since 2010, when the Fidesz government began to weaken democratic checks and balances. In the Hungarian country report, Bulcsú Hunyadi, Csaba Molnár and Veszna Wessenauer use the Voices on Values survey results as well as their own expert interviews to explain why public opposition to the government’s anti-democratic measures has not been more widespread.

The survey results demonstrate that while Hungarians do in theory value civil rights and liberties, in practice they often hold conflicting and sometimes contradictory views of what constitutes a good society. Most Hungarians value freedom of expression, the ability of groups critical of the government to engage with it, and freedom of the press. However, many Hungarians also want the government to ensure that media reporting about Hungary is positive.

In addition, Hungarians, like the Poles, have a majoritarian understanding of democracy. Their strong desire for political, cultural, and economic stability often overrides their commitment to civil rights and liberties, in particular when the rights of minorities are concerned. A majority of the Hungarian population is strongly opposed to immigration. The authors trace these antiimmigration attitudes to the government’s effective anti-immigration campaign, started in 2015. However, they also note that the population’s attitudes are more nuanced than generally thought and that respondents show far less hostility to non-natives already living in Hungary than government rhetoric does.