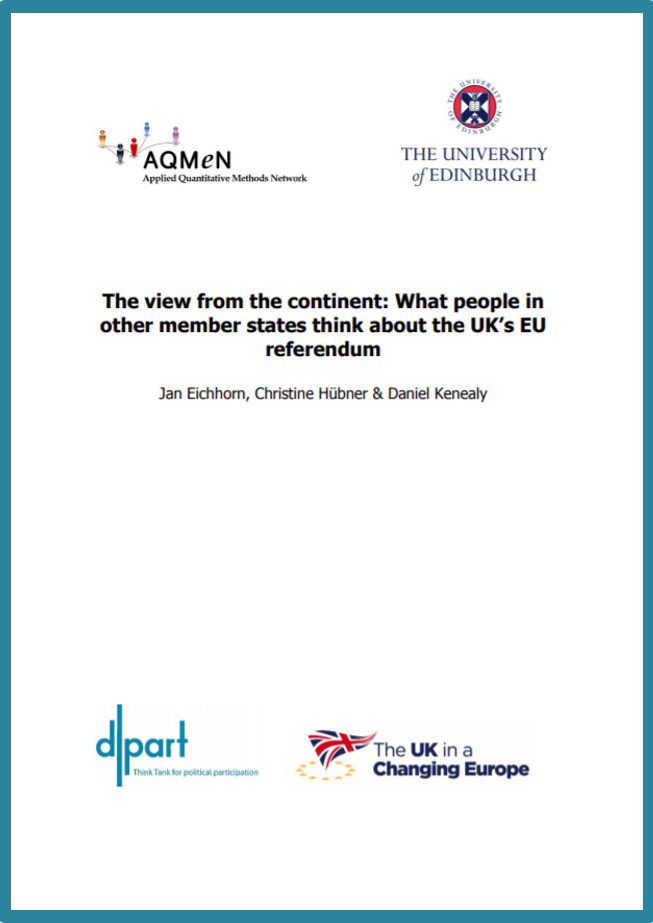 On June 23, 2016 voters in the United Kingdom decide whether they want Britain to remain in the European Union (EU) or want it to leave. While voters in other member states have no say in this referendum on the UK’s future in the EU, their opinions nevertheless are likely to have an impact. Considering public opinion in their own countries, governments of EU member states have been under pressure to respond to the UK’s proposed policy changes and have to react to the consequences of the UK’s referendum.

In order to shed light on public opinion in other EU member states on the UK’s referendum and its potential consequences for the EU at large, we surveyed a representative sample of voters in Germany, France, Poland, Spain, Ireland, and Sweden in late January and early February 2016. A total of 8,002 respondents across the six countries answered questions on their views on the UK’s position in, and membership of, the EU, the negotiations preceding the UK’s EU referendum, and the desirability of having similar processes of public decision-making in their own country.

In this report we present key findings on views from the continent on: the UK’s position in, and membership of, the EU; opinions on renegotiations and policy options for Britain; attitudes about some proposed EU-level policy changes that might occur as a result of the UK’s negotiation; and views on whether a similar process to that being pursued by the UK is desirable in other EU member states. The findings are particularly insightful for policy makers in the six countries surveyed, informing them about the attitudes of their publics, but the results will also have great relevance for those involved in campaigns for and against the UK’s membership in the EU.